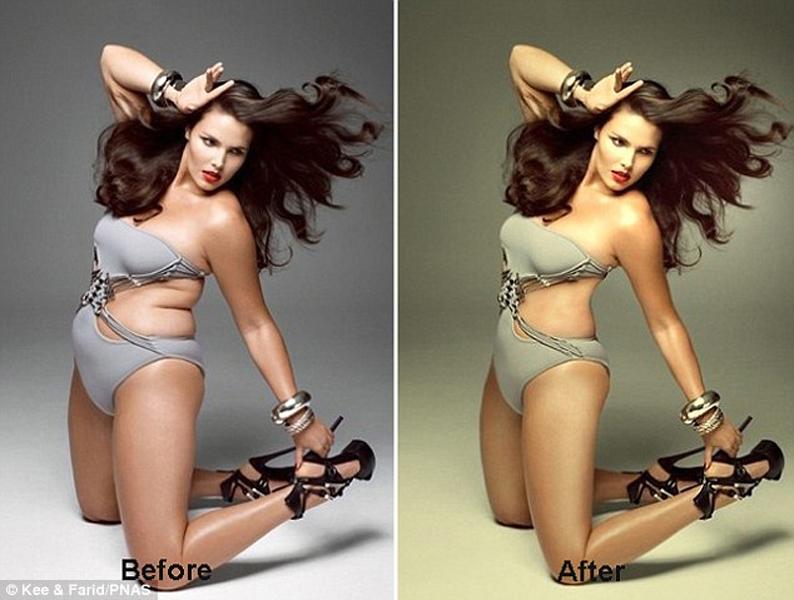 According to DoSomething.org, “7 in 10 girls believe that they are not good enough or do not measure up in some way, including their looks”.

The world revolves around pop culture. Society is constantly swarmed by the news and media with pictures of celebrities and famous icons. But what people do not realize is that these pictures are often photoshopped.  Numerous brands- ie. Cosmopolitan, Glamour, GQ, Elle and Ralph Lauren, digitally shrink women’s waists, slim down upper arms and enhance inner thighs.

As technology advances, teen’s reliance on social media increases. The lives of celebrities are simply a click away. However, during the teenage years, girls and boys are going through their most vulnerable time. Seeing these photoshopped images makes them feel even more self-conscience of their bodies and teens want to change themselves to look like the celebrity in the image. Seeing these images make them believe that that is society’s perception of beautiful and if they do not look like that, then they are not beautiful.

Scientists have proven that depression and eating disorders are directly linked to the way women are portrayed in the media. A study found that 3 minutes spent looking at a fashion magazine caused 70% of women to feel depressed, guilty, and shameful. Photoshop may seem like an insignificant tool used by large companies; however, it is a very real and shocking reality towards the insecurities of young women.

Teenager Julia Bluhm staged a protest in support of her petition, “Seventeen Magazine: Give Girls Images of Real Girls!” in front of Seventeen’s headquarters. “I’ve always just known how Photoshop can have a big effect on girls and their body image and how they feel about themselves. You need to see something realistic — you need to see a reflection of what truly represents a teenage girl nowadays,” stated Julia. Women and girls are standing together to bring a change to the portrayal of celebrities in media. By signing the Sign in Truth Ads petition or joining the Brave Girls Alliance, anyone can make a change.

Insecurity is a real problem in the lives of teenagers, both male and female. It is important that there is an end to photoshopping celebrity images.. People want to see the real bodies of celebrities just as much as they want to be comfortable in their own. Everybody is beautiful in their own way and when companies bring an end to photoshop, people can begin to believe they are beautiful too.