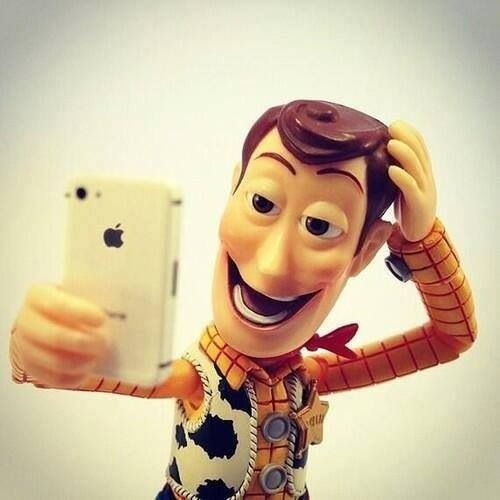 “If smartphones were ponds, a large portion of our population would have already drowned.”

In the age of technology and social media few people can go more than an hour without using their smartphones. A lot of this time is spent taking, posting and sending selfies.

“Selfie,” which was added to the Oxford dictionary, is defined as “a self-portrait photograph of oneself (or of oneself and other people), taken with a camera or a camera phone held at arm’s length or pointed at a mirror, that is usually shared through social media.” Between Instagram,  Twitter and Snapchat, over one million selfies are taken and posted every day, the majority of which by teenagers.

The selfie phenomenon hasn’t passed Smithtown by. “In West, I see girls taking selfies all the time, even in class sometimes,” Kellie Rooney, junior, observed. Junior Cassiel Fawcett added, “People are taking selfies in this school literally all the time. With the new snapchat filters, I even see them taking selfies with their teachers now.”

So why is this a problem?

The selfie phenomenon is making teenagers  not only narcissistic, but also have increased self-objectification, as a study done by the psychology magazine  “Personality and Individual Differences” shows.

Narcissism is defined as an “excessive interest in oneself and one’s physical appearance,” while self-objectification is “a tendency to view your body as an object based on its sexual worth. ” Selfies are causing these traits to become more and more common in teenagers.

According to studies, about one million selfies are taken globally each day. There are 58,425,492 photos with the tag “#selfie” on Instagram,  50% of male college students share ‘selfies’ on snapchat and 77% of female college students share ‘selfies’ on snapchat. In fact, according to data from Samsung, selfies make up almost one-third of all photos taken by people aged 18-24, with Facebook, WhatsApp, Twitter, Instagram and Snapchat bearing the brunt of that load. Selfies are consuming people of all ages around the globe.

Narcissism is not a good personality trait to have. It is considered one of the “dark triad” traits in psychology, along with, psychopathy and machiavellianism. All these personality traits are associated with people having a cruel disregard for other, as well as being manipulative when interacting with other people. Due to how often people take selfies, they are beginning to become more obsessed with their appearance and no longer care about others.

Between TV, the media and the effect of selfies, teenagers are beginning to see themselves in terms of their physical appearance and base their self-worth on their appearance, otherwise known as self-objectifying. This lack of self worth may cause many mental problems, including body dysmorphic disorder, where you see your body differently than it actually appears.

Others outside this study have also noticed the effect selfies have on the human psychology. Sophomore Brandon Spiciarich stated “The problem with Smithtown is its personal image. Insecurities and absorption problem has to do heavily with social media and the importance people place on it. The value people place on a like on Instagram, a favorite on Twitter or how many people comment on your post has been taken to a new level. Basically, social media, magazines, and reality tv especially have skewed the perception of what beauty is and what people want beauty to be and they’re constantly trying to achieve that. They take pictures and examine them, trying to see what they look like and change it in the next picture to make themselves look even better. Instead of improving in their school work, our generation wants to improve themselves.”

“Everyone is self absorbed,” agreed fellow sophomore, Kevin Kelleher. “People take selfies a lot because they want to feel good in their own bodies and feel confident in themselves. People focus too much on their beauty. The need to find the self confidence and work on bettering themselves as people, and not trying to make themselves look more appealing on social media.”

It’s so important to look great, and post the best selfies, and maintain the snapchat streak. No one notices as they become more and more self obsessed, as they lose positive personality traits and human interaction in favor of taking hundreds of pictures of themselves. They don’t notice as they live out their life, staring at their reflections in their phones.

Narcissus was so in love with his reflection, he lost the will to live and died staring at it.