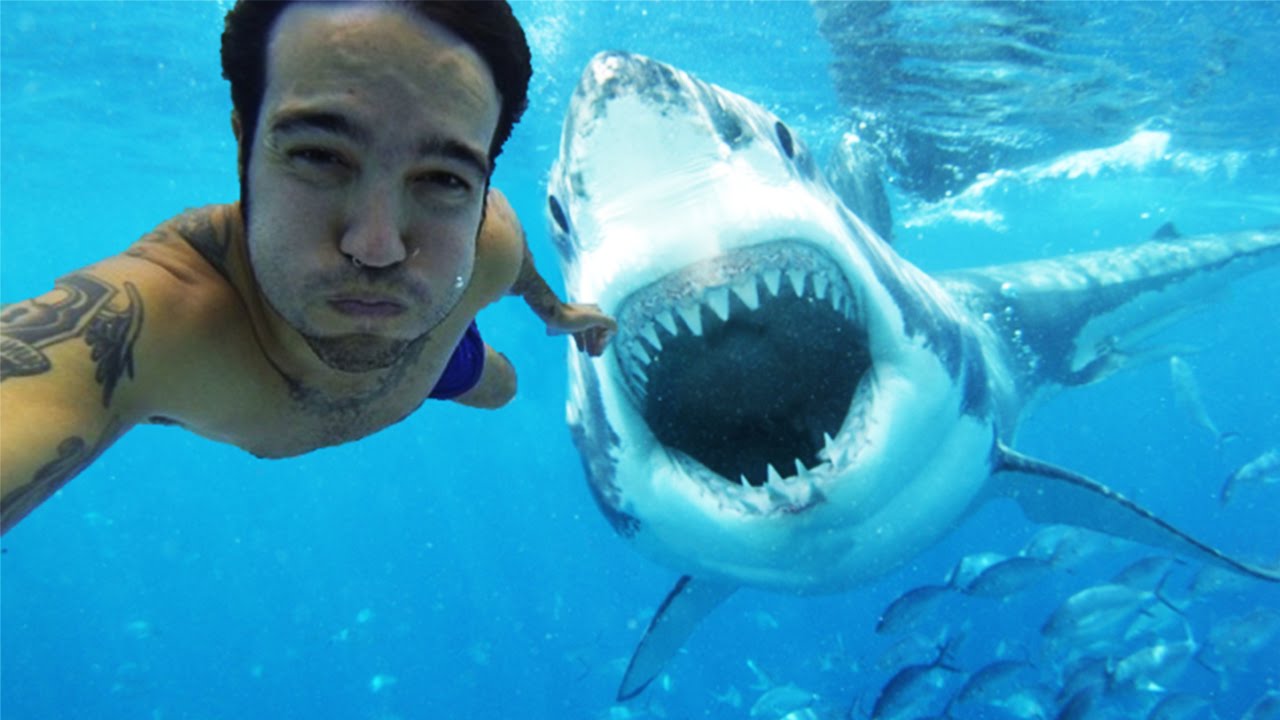 Materialism is a large problem in the United States and we are becoming an  increasingly narcissistic society because of it. Researchers in a 2008 study found that materialistic values are connected to Type-A behavior. Aa Type-A personality being a drive for perfectionism and an unhealthy dependence on external rewards such as wealth, status or power. An example of this narcissism  would be the problem with SELFIES.

The act of selfie taking has become increasingly dangerous, due to some ridiculous photo taking trends. Such as taking a selfie with a wild grizzly bear or a tiger. The Colorado Waterton Canyon park has shut the park to the public due to hikers with selfie sticks attempting to get a good shot with a wild and dangerous animal. The park administration said,  “Visitor center staff routinely encounter unsafe situations as guests ignore their instructions and get too close to bears to take photos and videos.”  I really don’t understand why the park mean.The people just want a good picture for instagram, what’s the big deal?

In other parts of the world no-selfie zones have been popping up all over and Mumbai has actually created a no selfie zones as deaths linked to selfies rise. Over the past 3 years there have been over 50 deaths due to dangerous selfies.  Are americans so self absorbed that they will face death in order to get the perfect selfie?

Another problem with selfies is the death of respect. Funeral selfies are actually a thing. Maybe people feel they look so good in the moment with their black ensemble or maybe the person who lost their life just has the glowing skin, that people will take a selfie with the dead body in the background. What about a funeral is so appealing that it needs to be captured with a pic of you and the deceased?

People nowadays only really care about themselves and the Brooklyn Bridge Selfie shows this. This selfie was a really low point for society. A depressed man was about to jump off the brooklyn bridge and commit suicide but not before this woman got a selfie with him in the background.

The fact is that materialism and narcissism are causing deaths of people and respect. We have to contain the death by selfie before the numbers start to rise and hundreds of self obsessed teens will have died from selfism.

Another good example of how materialistic our society has gotten is black friday and shopping on thanksgiving. Alongside selfies, black friday is another leading cause of death due to materialism.

People are actually trampled to death so other people can get a good deal on a new tv. Are we so obsessed with the idea of getting the latest trends and tech we will keep shopping even after someone was brutally killed by shopaholics. Walmart tried to tell the shoppers to leave so they could deal with the death of their coworker on Black Friday but shoppers refuses saying that they had been waiting all morning to shop. How could you even tell this to that man’s family. We are sorry but he was trampled to death by a stampede of shoppers while at work. Working at walmart or the mall isn’t suppose to be a dangerous job were you risk your life for psychotic shoppers who value a new tv over your life.

Shopping on thanksgiving is just another example of the out of hand materialism in the U.S. Shouldn’t you be with your family rather than searching for deals. Thanksgiving is a day where families come together to celebrate what they are thankful for and eat turkey until they’re sick. The fact that stores are now open on thanksgiving, keeping their workers away from their families on a holiday just so consumers can get some shopping done is not right. I know that I would have a heart attack if all of the sudden I had to come to school on thanksgiving.

Now imagine taking an avid selfie taker and dropping them in the mall on the middle of black friday. Do you think they would try to get a picture with someone that was trampled in the background or a group of moms fighting of the latest ipad? If the two of these epidemics start to combine it could be worse than the apocalypse and people will start to drop off the earth like flies. We need to control it now before it gets out of hand and everyone is dead. It would be horrible if there was no one left to take selfies with the bears.

Materialism in this country is leading to death. Something nobody should never have be said is that your father passed away to the noble cause of consumerism  or your sister is gone but at least she got the perfect selfie. The words “materialism” “death” “dangerous” should never be associated but this is how bad this issue has become…. And don’t even get me started on five year olds with cell phones.