By: Smithtown News Team
In: Archives
With: 0 Comments
Tweet 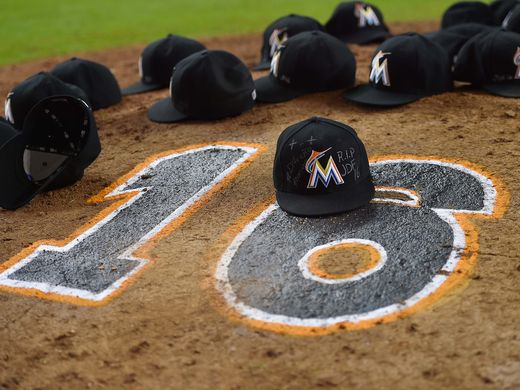 The entire sports community bows their heads this week and mourns the death of Jose Fernandez, who died tragically in a boating accident. The saddest part isn’t what could have been, it’s what already was: a passionate soul who was liked by everyone he met.

Fernandez was born and raised in Cuba with his mother. After three unsuccessful attempts to defect from Cuba facing prison time as a result, Fernandez and his mother finally got a ticket on a boat to Mexico. On the way, his mother fell off the boat, so Fernandez bravely jumped off the boat to save her life.

When Fernandez moved from Mexico to Florida, he began to gain popularity as a baseball player. He was drafted by the Marlins in 2013 and went on to win the National League Rookie of the Year Award. Fernandez established himself as an elite player and even pitched in this year’s All Star Game.

The MLB honored the memory of Fernandez with a league wide moment of silence the days following his death. Their first game without him, all the Marlins players wore Fernandez’s number sixteen jersey. Then, in a moment of overwhelming emotions, Marlins player Dee Gordon stepped up to the plate lefty (in honor of Fernandez) and slammed the first pitch he swung at for a deep home run. “I ain’t never hit a ball that far, even in BP,” said Gordon, “I told the boys, ‘If you all don’t believe in God, you better start.’ For that to happen today, we had some help.”

Jose Fernandez will be dearly missed.

Tweet
2016-09-30
Previous Post: Donald Trump Faced With Heavy Uproar in Flint, Michigan
Next Post: To Be or Not to Be, or to at Least Have the Choice