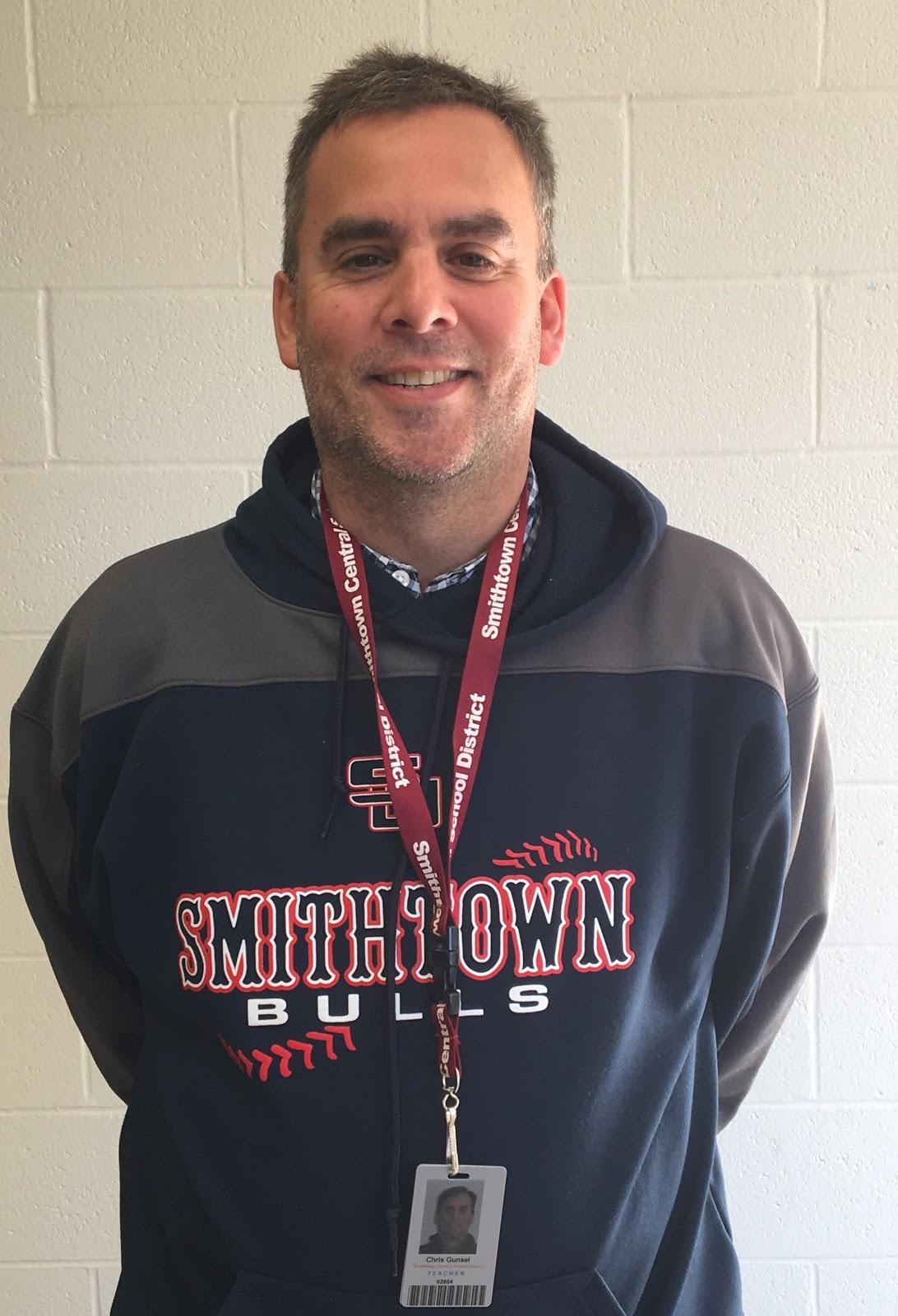 The greatest teachers don’t just teach; they inspire us to become better people and encourage us to reach our full potential in and out of the classroom. Here at Smithtown High School West, English teacher, Mr. Gunsel, embodies all the principles of a great teacher, but more importantly a great person.

Mr.Gunsel is not only a teacher, but a husband and father of four. “Home is my first priority,” says Mr. Gunsel about his wife of seventeen years and two boys and two girls ages six, eight, fourteen, and fifteen. When asked about how he manages his school life with his home life, Gunsel responded, “A wise man once told me ‘If you’re not taking care of your kids at home how can you take care of the kids here?’”

Mr. Gunsel attended SUNY Oswego as an undergrad and LIU Post as a graduate where he studied English and education. He described himself as a hardworking student who was able to successfully balance his academics with his social life. When asked if he always planned on being a teacher, Mr. Gunsel answered with a strong, “No… I was going to be a pitcher for the mets, but then I realized I was 5’6 and 150 lbs.”

Although his pitching dreams never came true, Mr. Gunsel has no regrets when it comes to his choice to become an English teacher. After college, he started elementary education and realized his true love for the art of english. One day while working at a summer job, Gunsel was sweeping up a classroom, looked around the room, and thought to himself, “I can do this.” That was the moment he knew he would become a teacher. Other important people such as English department leader, John Azrovk, influenced his decision as well.

After nineteen years of teaching at Smithtown High School West, Mr. Gunsel says the best part of his job is the kids he gets to work with. However, he says the worst part is dealing with the parents. He said that while there are few issues with parents, he has encountered the occasional angry phone call from a parent. He further explains that the main problem is that the parents are not getting the full story from their children. Therefore, he stresses to his students, the importance of being honest and having open communication with parents.

Just like all great things in life, there are always going to be challenges along the way. The biggest struggle Gunsel says he’s encountered throughout his career is the reluctant learner. “You just have to keep searching for that connection with the kid and hope to reach them in one way or another.” Mr. Gunsel is a dedicated teacher who never gives up on his students and works hard to bring out their full potential.

While being an English teacher can be a serious job at times, Gunsel has experienced his fair share of embarrassing moments. There is one that he will never forget, “I was teaching a tenth grade class a while back and the bell rang, so I shut the door and was ready to start class. I realized everyone was talking, so i gave them a few moments to calm down. There were these two girls who just kept talking even after everyone had stopped about a pair of pants. I was frustrated at this point so I turned to them and said ‘Ladies, please just drop the pants!’ As soon as the words came out of my mouth i wanted to take them back”

Mr. Gunsel tries to apply humor as much as possible throughout his classes. He says, “To keep class interesting I try to avoid tasks that kids find foolish. Humor should always be a part of it and you definitely can’t take yourself too seriously because the kids don’t.” In fact, when asked to describe himself, the first word out of his mouth was “gorgeous.” After laughing, he quickly told us not to write that down and responded with “patient, kind, and empathetic.”

Mr. Gunsel has already made an impact in many students lives and doesn’t plan to stop teaching anytime soon. He believes that “If one kid can look back and say that I made a difference in their life then I will be satisfied.” If there is one piece of advice Mr. Gunsel would give to his students it would be to “Laugh a lot and tell the truth.”