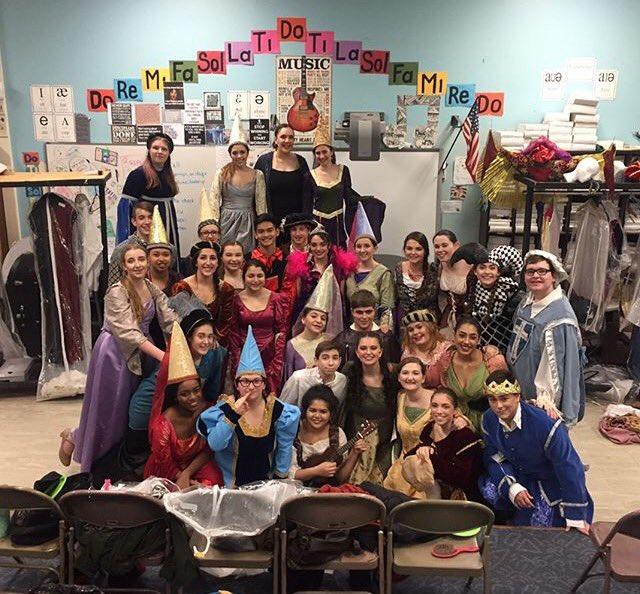 Our lead roles of Princess Winifred was played by Leighann Guardino. Queen Aggravain and King Sextimus, were played by Erica Camileri and Skylar Johnson. Prince Dauntless was played by TJ Canese. Lady Larkin and Sir Harry were played by Julie Stewart and Zachary Ketcham.

The show took months of preparation from Art Crew, Stage Crew, Pit, Actors and of course our director, choreographer, Stage Tech Supervisor, and pit conductor. Without Mrs. Siano, Holly Maddock, Mr. Miller, Mr. Brosnan, and Mr. Cassera there would be no musical.

Preparations for this show started in early December with auditions. Students had to prepare a monologue and a part of a song. From there the cast was picked, crew started on set designs and pit began learning the music.

Actress, Ciara Burke who played the wizard says, “Knowing how tired I am at the end of rehearsal shows how everybody works so hard on this production. I am not even the last to leave the auditorium, so I appreciate everyone’s hard work and dedication so much.”

All this hard work and dedication did however pay off beginning with previews on Wednesday, March 1. During periods 2,4,6, and 8, students were able to see parts of the show and hopefully help bring in audience. By Thursday night everyone involved was ready for opening night. Everything went really well all three nights of the show.