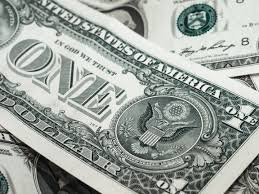 Smithtown, New York, is an upper middle class area, with most the median household income around $111,407, according to Sperling’s Best Places. The area is populated with mostly conservative people, and most people have jobs in accounting or in the business field. However, most people that reside in Smithtown seem to be under the mindset that every person has an above average salary and can afford all the luxuries an above average person can. People seem to forget the fact that there still are issues in Smithtown, especially when it comes to finances and economics. While the unemployment rate is only at 3%, the poverty rate is currently at 5.6%. Though these statistics are low, the census for 2010 stated Smithtown had a population of 117,801; this would imply that assuming the poverty rate is around the same, there would be over 6,500 people living in poverty being ignored by those around them.

In an interview with a Smithtown resident who had struggled financially throughout most of his life, it became apparent as to why no one seemed to notice this resident’s struggles. He stated that his Dad lost his job and couldn’t find a new one for five years. That being said, his whole family had to depend on his Mom’s paycheck to survive, and things undoubtedly became rough. This interview was performed over an instant messenger, and therefore grammar and quotes may not be completely accurate as to what was typed/sent, and corrected so it is more understandable.

“We never really got new clothing unless it was necessary,” he says. “We only had one pair of shoes for the majority of the years. My brother and I never were able to have the same luxuries as those around us. Strangely, when I was growing up, I never noticed that we weren’t well off, until I heard my Mom yelling about how we were going to lose the house.”

“Throughout everything, the reason it didn’t particularly stick out was due to his parents,” he begins. “They’ve sheltered me throughout most of the struggles we faced and were able to make my life feel normal.” This ties into the fact that when he was asked about how many people in the area had similar struggles, he simply stated “I can’t really say, because most parents will do what mine did and make huge sacrifices to make there kids feel as comfortable as possible.”

Luckily, the situation for his family has improved since then, as his father was able to get a job which took a lot of the financial pressure away.

When he was asked to give an inspirational message to those in similar financial struggles, his message was along the lines of “Money does not define you; Even though you may not have as much money as the person next to you, you’re still just as good as anyone else.”

There are many reasons why poverty and unemployment in Smithtown exists. One such reason would be the lack of health insurance and the financial impact of a serious medical condition in upper-middle class families. In an interview with a senior benefits executive, they stated the following:

When asked “Why is it that healthcare may be affecting poverty,” the executive responded, “Diseases such as cancer can place a significant financial burden on a family. Even with health insurance, the cost of care can run into the hundreds of thousands of dollars. These costs have led many families to declare bankruptcy. These unfortunate circumstances oftentimes impact middle and upper class families the most.”

This leads to the following question: “How can we fix the issue of healthcare affecting poverty?” The executive responded “There are two ways. The first would be offering universal health care, which would offer everyone health insurance without regards to their employment. This is common in most of our economic peers, such as Canada or the UK. The alternative is to provide market transparency to health care costs. This would allow people to understand what they’re purchasing, what it costs, and the quality associated with it. Health care is the only business that doesn’t have that transparency today.”

The executive was then asked what a step towards a solution for poverty itself in Smithtown would be. The response was “Smithtown has limited affordable housing. It has a limited industry to offset the cost of taxes via residential property taxes.” This answer is only an opinion, as the executive’s profession is not necessarily aimed at supporting the poor, instead it is more aimed towards designing market competitive benefits programs for her employees.

The final question asked was as follows: “With Lee Zeldin as our congressional representative, do you think these fixes will come about anytime soon, if at all?” The executive responded, “Representative Zeldin firmly believes Obamacare should be repealed and replaced. While no bill has been presented yet, the current proposals put forth do not offer universal health care and are projected to likely increase the number of uninsured. My reading of these proposals is that they provide access, yet not coverage, and the financial risks to middle class families will remain.”

In conclusion, poverty in Smithtown is abundant, even if we don’t acknowledge or realize it. With President Trump and the republican-dominated congress at the time of this article’s writing, it seems that universal health care will not be applied, meaning alternative solutions such as market transparency will need to be implied in order for the poor to regain footing. There is no easy answer to solving poverty, and as a community in Smithtown, we will need to help those in need and open our eyes to see around us.