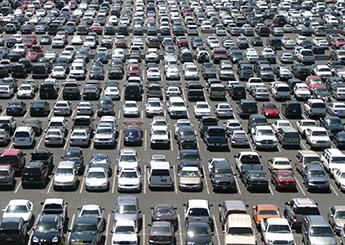 The issue of parking at Smithtown West has often been a confusing and contentious topic. Many students and staff members have voiced their concerns in regard to what the rule actually is and how well they feel it’s being enforced. In order to get the right information regarding the “parking rule” interviewing our assistant principal, Mr. Solomon, felt like a good first choice. I was happy and grateful when he amiably accepted my offer joking that “…he was a bit nervous but excited nonetheless.”

My first question for him was very general, “What is the parking rule at Smithtown West.” He corrected me quickly stating that this is not a Smithtown West policy but a “…board of education policy.” The Smithtown West staff has added to this rule an exclusive part that states “Only seniors with a senior license can park at the school.” He wanted me to make this point abundantly clear when writing this piece. Seniors are also mandated to attend the safe driving seminar, and have to provide the security staff with a sticker on their windshield given to them by the school indicating they are allowed to park on school property. They should also obviously have their license and registration with them at all times while operating a vehicle. Mr. Solomon also stated “Driving and parking at West is a privilege that can easily be taken away if taken advantage of.” I then inquired of him how well he feels the rule is enforced. As it turns out prior to the interview the security staff and Mr. Solomon were dealing with a parking problem that occurred in the morning. He said “Security guards regularly check cars as they enter for stickers; they work diligently every day in order to keep everyone safe.” The last question I posed him was what he felt could be done in order to improve upon the rule. He responded by saying “I feel the rule is very well enforced, but I feel that board policy 5454 (the rule that states the policy for student automobile use) should be updated considering that it was created and put into use in 2003 and has not been changed since.” Also, he felt it would be good for everyone if the policy was purveyed better, that way students would be more educated on the rule and less likely to get involved in bad situations.

Mr. Elsesser, who I also talked to next is in charge of parking at West; he said seniors are only allowed to park in tiers 3, 4, 5 and around the perimeter of the lot. Tiers 1, 2 are designated to teachers and other staff members only. He explained that only seniors are allowed to park in the lot because there just aren’t enough spots for everybody and by letting some junior’s park and some not would cause too many issues. Mr. Elsesser’s biggest problem with students driving and parking at school is that he feels everyone should have to attend the safe driving seminar before given the privilege.

After speaking to some seniors, staff members and former students about how their experience with parking it was obvious there is a wide range of diverse opinions. One anonymous senior stated that although she has never personally had a problem with parking she knows seniors get very frustrated when spots are not available because of junior parkers. Another source close to me who is a former student at West said the rule is very well enforced “…I was able to park every morning without a problem.” Nick Monastero, a current senior at Smithtown West, comically stated “There are more juniors parking in the lot than anyone thinks, you can tell because of how poorly their parking jobs are.” A former student who was part of the graduate class last year and who now attends Cornell University clearly portrayed his disdain when asked if the rule is well enforced “No, not even close, I know of some seniors last year who parked in the teacher’s lot the whole second semester and no one cared. Juniors are constantly parking in seniors spots, nobody attends the safe driving seminar, and security guards rarely get involved.” A member of the staff at the high school brought up some good points when questioned about the topic. She said “ It would be interesting to know how many spots are available to park in along with how many permits are given out to students and how many people work in the school including the support staff.” Also she wondered if new passes are issued to seniors who turn 18 as the year goes on and how that affects the availability of parking spots.

Mrs. Weller, head of the security staff, addressed this question with some difficulty.  She explained that she was not able to provide the exact numbers of spots or how many members of the staff require spots to park.  She did say that so far, two hundred and seventy five parking permits have been given out to students.  She did confirm that the number of spots are not enough to accommodate the school’s parking population. This is an issue that Mrs.Weller admits is hard to solve and is compounded in the winter when snow can take up valuable spaces in the lot.

As you can see the parking situation at Smithtown West is an issue that deserves a closer look by the administration and the security staff. The challenge of providing parking spots for all drivers needs to be continually improved upon.There should be a security guard positioned by the entrance adjoined with the middle school because that’s where most illegal parkers will come from. Also the top two tiers should be filled first before the perimeter spots can be parked in, and all students should have to attend the safe driving seminar. The security guards should be more vigilant with giving tickets to illegal parkers, and the administration should limit the passes given to students. Remember the staff has to park, the students don’t. Rules are not always followed or enforced and that creates problems.