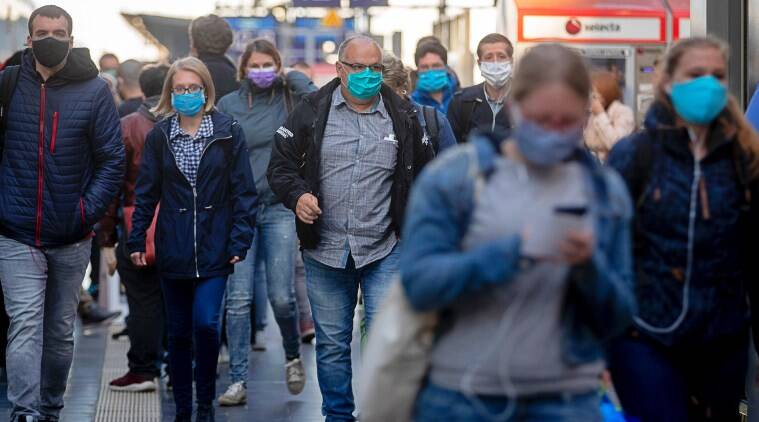 Have you ever wondered how other states are handling the spread of Covid-19 and quarantine? Do more states listen to authorities better than others? How are other people quarantining? What are the rules in other states? Is it similar or different from New York? These questions are all answered by 18-year-old Ryan Hammond.

Ryan is a graduate of Mauldin High School in South Carolina.  He recently visited New York and was astonished at the number of people following corona guidelines. As the interview began, most of the questions answered were very similar to New York; however, some answers were shocking as to what other people were doing during a global pandemic.

As cases began to rise, the state went into quarantine around March and May, similar to New York. Students had finished school in March, and seniors still had to graduate. Unlike our graduation ceremony, their graduation was inside the building, while social distancing. When being called upon the stage, there was a glass wall placed between the student and staff members.

South Carolina once had the highest cases throughout the U.S. During quarantine, many people refused to follow the rules of staying home and social distancing. Many people were refusing to wear masks and fought against them.

Not only were people refusing to wear masks, but many people were also having parties and getting together while corona was at its worst. People were posting their parties on social media every day. “There was not one day people weren’t partying.” House parties, pool parties, and birthday parties were an everyday thing in South Carolina. People continued to decline the need for social distancing and the use of masks in public places.

Parks and basketball courts were still open, as well as many stores. Yet again, people were not taking precaution in what was happening in the surrounding areas. If people refused to wear masks in stores, they would be escorted out, similar to New York. Mask regulations are not enforced in South Carolina as they are here, in New York.

There were also little to no traveling restrictions. It was as if people were able to do whatever they wanted to do because they didn’t understand the precautions needed to take. During the summer, people still went on vacations, like the global pandemic didn’t exist.

Ryan had also discussed that people in New York mostly listen to the rules of the state and take precautions. The number of people that wore more masks here was surprising to him. The majority of people in stores, schools, and other public places around New York wore their masks, respectively.

People around the U.S. are preparing for a second wave. Ryan believes that South Carolina will not take proper precautions again. He’s determined to continue following the guidelines to prevent himself and his family from getting Covid-19.