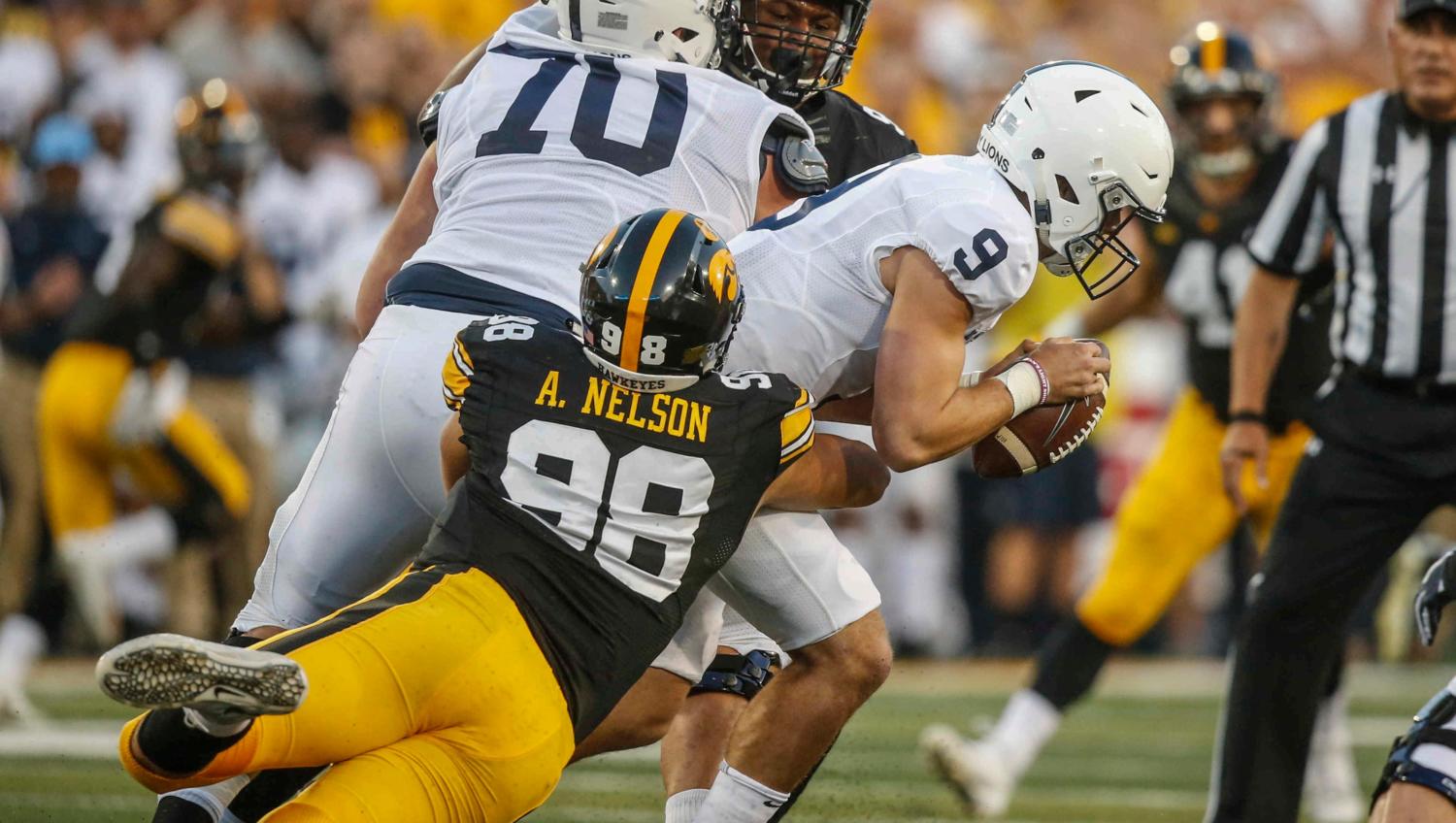 It’s not every day that two Big Ten teams face each other and have arguably their closest games of the season.

On October 9th, 2021, Penn State’s Nittany Lions flocked over to Kinnick Stadium, the heart of the University of Iowa’s campus, to play the Hawkeyes in an insanely tense match. Context is quite important in a situation like this: College Football Playoffs are made up of the four teams that rank highest in the league (1-4 respectively); Iowa was ranked as number three while Penn State took the number four spot. If Penn State could upset Iowa, they would move into the definitive playoff rankings while Iowa could possibly be brought down enough to take them out of the standings entirely. Unfortunately for Penn State fans, Iowa did in fact win—now they’re the topic of every playoff discussion as people place their bets.

In the first quarter, the Lions pushed through, gaining two touchdowns in comparison to Iowa’s three points (conversion points). In the second quarter, Penn State earned three points, putting them at 10 while Iowa scored a touchdown, leaving them with 10 points as well. Petras (Hawkeyes’ QB) threw a 44-yard touchdown pass to Nico Ragaini to complete Iowa’s comeback from a two-touchdown deficit, all accomplished while Penn State’s offense did next to nothing after quarterback Sean Clifford (Penn State) was knocked out of the game. Both teams moved back and forth throughout the entire rest of the game, the score balancing like a seesaw before Iowa was able to score three points which pushed them over, the game ending at a close 23-20.

The Hawkeyes (6-0, 3-0) took control of the Big Ten West with their 12th straight victory and thrust themselves into the College Football Playoff conversation. Penn State (5-1, 2-1) lost for the first time in 10 games and headed back to Happy Valley with a list of injuries that could make its path through the rest of the season difficult. Losing Sean Clifford, P.J. Mustipher, and John Southerland–key players–may cause some issues to arise. As for Iowa, they beat a Top 25 team for the third time this season and have won six in a row against ranked opponents for the first time since 1960. It was Iowa’s first win over a top-five team since beating then-No. 3 Ohio State in 2017.

Due to Alabama’s (previously number one in the league) loss to Texas A&M on the same day, Iowa also moved up to number two as Georgia takes the spot for the best in the league at this time. The Hawkeyes are expected to play Purdue University on October 16th and Penn State is hosting Illinois on the 23rd.